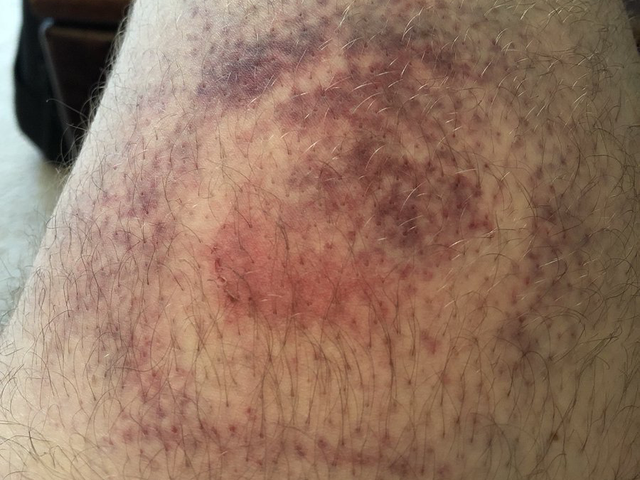 KATU photojournalist Ric Peavyhouse was covering a protest in Portland, Ore., on Aug. 4 when cops shot him in the leg with a less-lethal form of ammunition.

According to the story on the Sinclair station’s website, Peavyhouse caught the attack on tape.

“Then I hear a tat-tat-tat-tat and a split second later I feel like a crack on my leg and it feels like a baseball bat hitting your thigh,” said Peavyhouse.

Peavyhouse is expected to recover. Portland police released a statement saying they only used force because protestors were getting out of control.

You can see the full video below.

Last protest injury update: got checked out by a doctor. Bruise gets nastier by the hour. Hurts to walk a little, but doctor says to just take it easy.
Hit by one of the larger “less lethal impact rounds” used by @PortlandPolice yesterday #LiveOnK2 pic.twitter.com/tLd9GbjPyx