NEXT:Sinclair Headquarters Will Stay in Maryland
PREVIOUS:KETK Gets a $4 Million Dollar Makeover 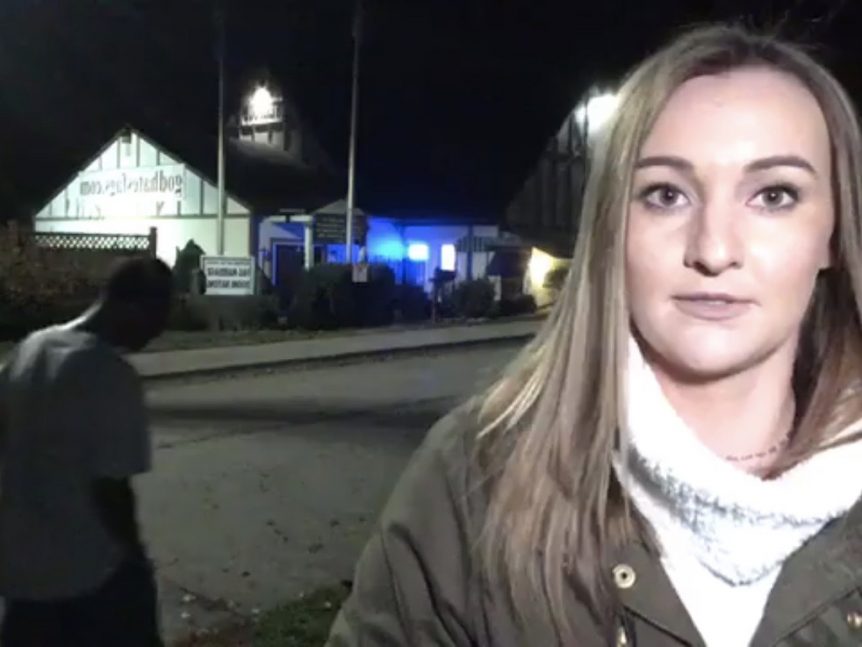 KSNT reporter Gretch Koenen is calling out the local police for not helping her in a dangerous situation after a live shot.

She was wrapping up a MMJ live shot during the 10pm newscast Wednesday night in West Topeka when she started a Facebook Live and an unknown man approached her.

“I stayed after my story to do a FB live and during that, a man approached me, asked me very strange questions and began circling me for several minutes. He would not leave,” she explained in a Facebook post.

Once her coworkers back at the station saw what was going on while viewing the live feed and called police to help her. You can see the 10pm anchor calling Koenen during the newscast to ensure she stayed safe.

“I was told a Topeka Police Department officer was on the way and would be there any minute. No one every came,” she said.

Koenen grabbed her gear and ran to the car, she says the man chased her but she got away unharmed.

“I am disappointed. Disappointed that the very police department that I defend and work side-by-side with never showed up for me. My coworkers said a call never even went across the scanner.”

At last check, the Topeka Police Department has not not responded.