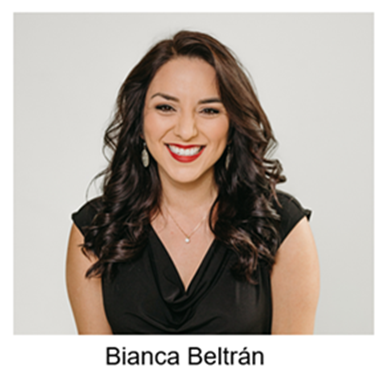 “She joins us after having worked across many different TV stations, serving both English and Spanish-language audiences,” said Weyland. “I’m excited to welcome her to our news family and for our viewers to receive her news reports, across NBC10, NECN and Telemundo Boston.”

Beltrán comes from KMBC in Kansas City, where she has worked as a reporter for the past three years. Before that, she was a multimedia journalist at the Univision affiliates KPMR Santa Maria and KSMS in Monterey, Calif. In Monterey, she also reported breaking news at KSBW.

She is fluent in English and Spanish and will report in both languages on NBC Boston, NECN and Telemundo Boston, targeting both existing audiences and to the increasing Hispanic, Latino and multiracial residents fueling the largest population growth throughout Massachusetts.