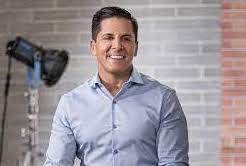 Javier Soto is joining KNXV as an evening anchor.

Soto comes from KTVK in Phoenix, where he was a morning anchor. At KNXV, he’ll co-anchor alongside Katie Raml, replacing Steve Irvin who retired last month after nearly 20 years at the station.

“ABC15 has an amazing reputation in Arizona,” said Soto. “I am thrilled to be part of a station that values community-changing journalism. I cannot wait to get started.”

He started his career as a producer at KTLA in Los Angeles. His first on-air reporting job was at KPVI in Pocatello, Idaho. In 2004, he moved to KTVK in Phoenix, where he worked as a morning reporter. He later moved to anchoring weekends before being named a morning anchor.

“I have been friends with Javier for more than a decade,” said Raml “He is deeply committed to this community. He represents the values of ABC15. I am energized to now work alongside him every day.”