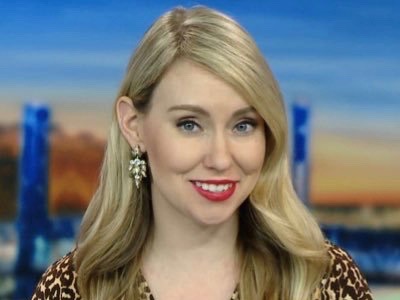 When anchors feel most vulnerable, viewers still think it’s OK to comment on their appearance.

This time it happened to First Coast News anchor Katie Jeffries, who is pregnant and working from home in Jacksonville, Fla.

A viewer named Frank thought Jeffries’ teeth looked different and decided to say something about it on Facebook. He assumed she had dental work last week, in the middle of the coronavirus pandemic coverage, and wrote the following on the station’s Facebook page:

“Not to be mean at all because everyone loves Katie. With that said, you were off to have dental work done and it has ruined your natural look. Sad but your peg teeth looked so natural and beautiful. Now you look like you are taking a constant selfie.”

Jeffries replied and told Frank he was wrong. She wasn’t getting cosmetic surgery, but instead took off a few days last week “to rest and get ready for the baby.” Jeffries continued to say even if she wanted to get surgery, she couldn’t because dental offices are closed.

“Thank you for watching GMJ, but I am not sure why you felt the need to leave such a rude message about my appearance.”

You can read the entire thread below.

Not today Frank, not today. pic.twitter.com/HblygEn3bO