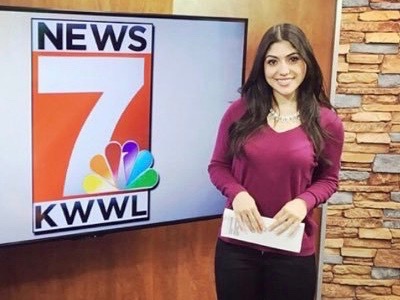 Amanieh, a reporter for KWWL, used her smartphone to record the proceeedings, apparently ignoring the judge’s order.

The NBC-affiliate was covering Soules’ initial court appearance after he was arrested for his involvement in an accident that killed a 66-year-old man.

According to the Associated Press, prosecutors are now pursuing contempt of court proceedings. Amanieh, 22, could be fined $500 and serve up to 180 days in jail.

Iowa court rules allow journalists to record video and audio and take photographs of hearings, so long as they have prior approval.

Earlier this month, KWWL news director Shane Moreland told TVSpy, “We published and aired the courtroom video only after we got direct permission from the Chief Judge and the County Judge overseeing this case. We held the video until we gained that approval.”

Amanieh pleaded not guilty to the charges last week.