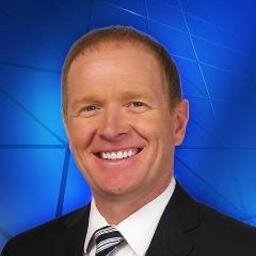 The move was announced Wednesday by news director Allison Smith.

“Kurtis has poured his energy and expertise into keeping people safe,” Smith said. “We are grateful for his leadership and his work in positioning KCCI Storm Team 8 as Central Iowa’s trusted source for critical weather information both now and into the future.”

Gertz first joined the station in 1994. In 1998, he moved to KTVX in Salt Lake City, where he worked for two years before returning to KCCI. He was named chief meteorologist in 2016.

He’s also worked at KDUB (KFXB) in Dubuque, Iowa, and WHBF in the Quad Cities.

“I am proud to have led a team of meteorologists dedicated to safety and accuracy,” Gertz said. “I am confident that my colleagues will continue to deliver a clear and accurate forecast for my friends and neighbors in central Iowa.”

KCCI says it will pay tribute to Gertz and his career at the station in the coming months.