In Boston, individuals are making headlines in the social media ratings.

WMUR Meteorologist Josh Judge led in the market on Facebook. He generated nearly 50,000 Engagements on his Facebook page according to Share Rocket data from the past 30 days.

All while WBZ‘s chief meteorologist, Eric Fisher, dominated Twitter. Data shows Fisher has the largest audience of any account in the market on Twitter with 485,000 followers.

WHDH‘s Justin Doughtery jumped 13 spots among individuals this month from 19 to 4. Much of that was thanks to his tweets about the arrest of person suspected in destroying the Holocaust memorial in Boston.

There was no change in the overall rankings among the seven stations Share Rocket tracks in Boston, though things did get a little tighter for the stations in the middle. 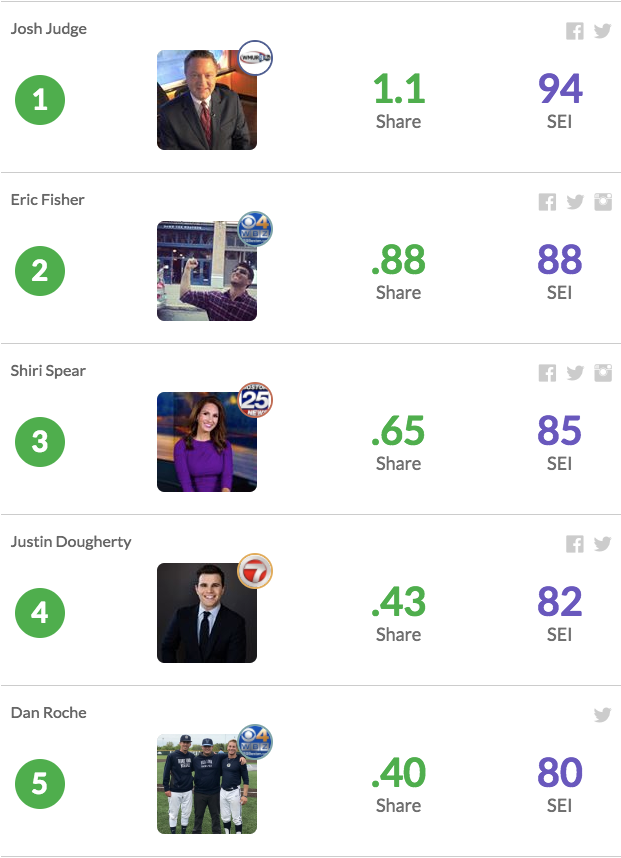 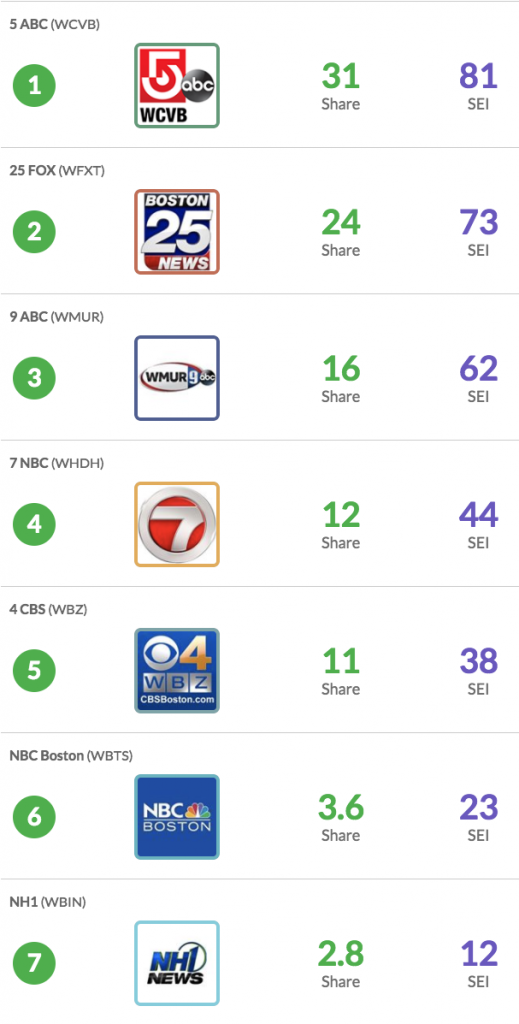