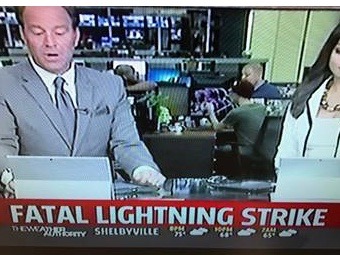 FOX59 in Indianapolis reported a man had died after being struck by lightning, but then came back to life.

The Tribune-owned station was covering breaking news of a lightning strike at a local high school that injured three men. The station first reported that one man died, based on information from a public information officer, but later updated the story with the headline “the person killed by lightning strike at Park Tudor regains pulse” which got some reaction on Twitter.

The Indianapolis Star, a paper that shares information with Fox59, also reported the man was killed. It too updated its notifications to say “three men struck by lightning were part of a paving crew. All three men are in stable condition.” 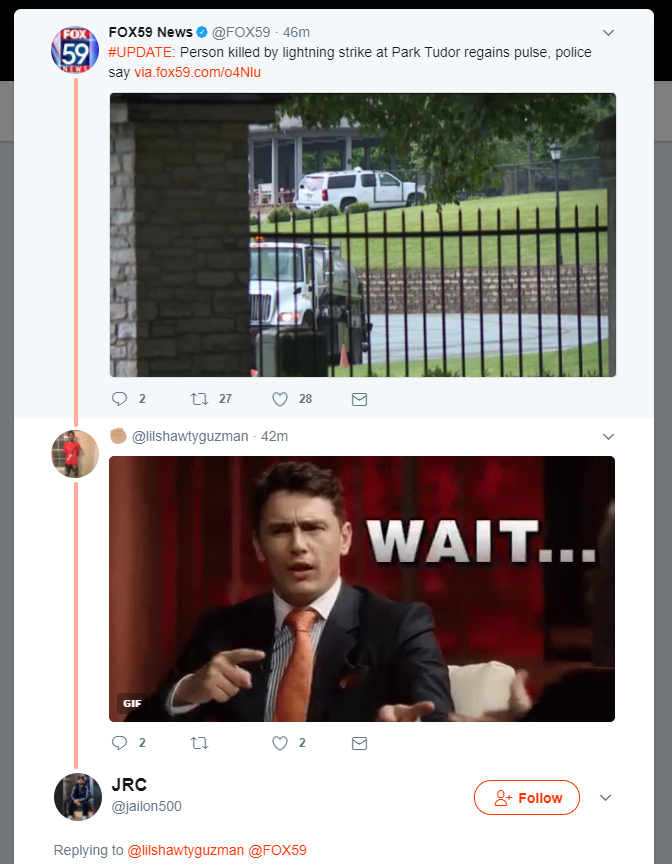