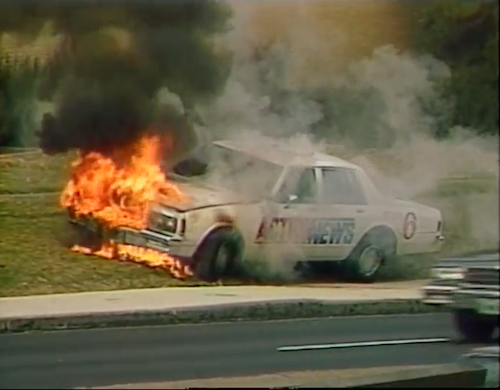 Jim Gardner‘s recent announcement that he’ll be retiring from Philadelphia ABC owned station WPVI in about a year has surfaced a few nuggets from his long and storied career.

One story he covered is rich with subtext and the kind of humor that may not have been handled the same way had it happened today.

We’re not sure when this happened, but by the looks of the car we’d say late 1980s or early ’90s. It’s a story about WPVI news car three catching fire in front of WCAU.

Here it is. Enjoy: