WJBK, the Fox owned station in Detroit, led the social media race from August 20 to September 20 despite overall engagement in the market being down compared to the previous period.

WJBK anchor, Maurielle Lue had the number one Instagram page in Detroit during that period.

The top individual on Facebook was WJBK’s Jay Towers with a 3.20 Share. Data shows Towers posted 32 times in the month and each of those posts averaged 2,379 engagements per post. The top seven individuals on Facebook in the last month are all WJBK employees.

Kellie Rowe jumped from 6th overall among individuals to 2nd in the last month, with major improvement on all three platforms Share Rocket tracks. WXYZ’s Brad Galli increased his engagement on social media by +69.9% over the last 30 days, which helped to increase his overall Share by more than +75% during that time. Lue saw a +15% increase in her total social audience and now has the second-largest audience across all platforms of any individual in the market with more than 123,000 followers.

WJBK anchor/reporter Roop Raj rounded out the top five with a 1.07 overall Share. 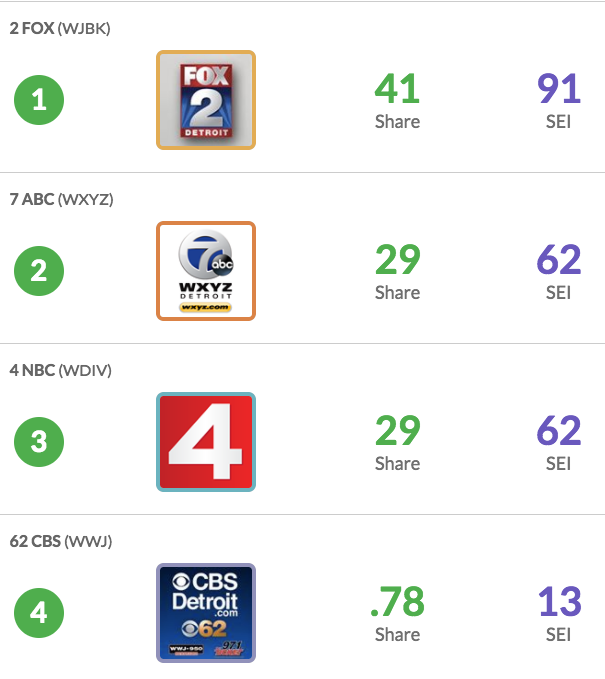 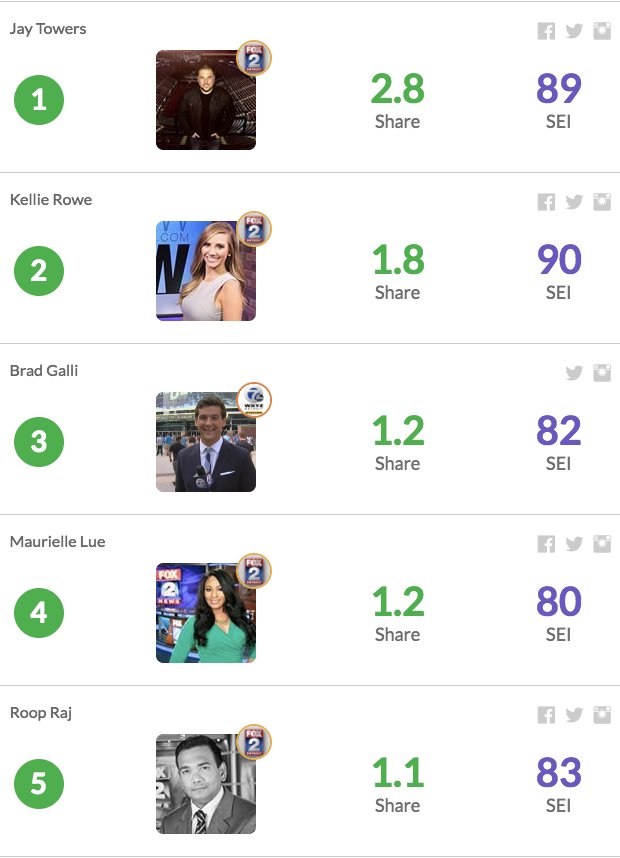