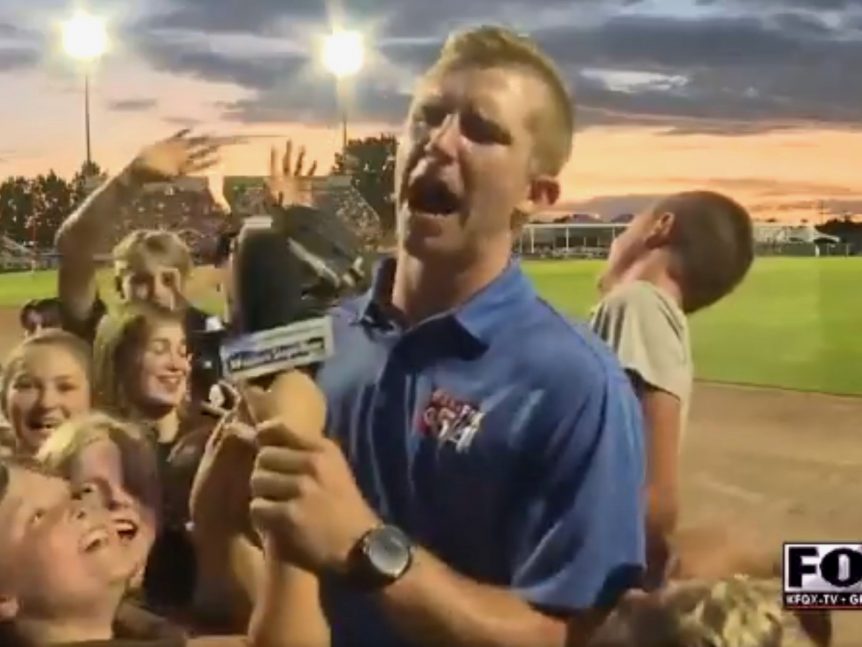 Who likes hecklers? Answer: no one.

And it’s especially true for KREX sports anchor-reporter Troy Lynch, who didn’t expect any at a recent all-star game he was covering near Grand Junction, Colo.

Perhaps it was the dozen kids screaming during his live hit, or the older kid who shouted “I had three root beers” in the middle of his report, or when they started tearing his mic out of his hands that set him off half way through.

Either way, watching the 1:30 live shot is cringeworthy and also hilarious as Lynch tries to finish with grace and ease.