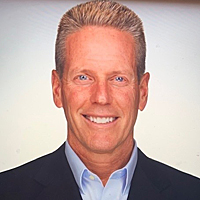 Hitchcock said the stations have a rich history of serving New York’s capital region with a committed team of professionals.

“For over 25 years, Albany has been a second home for me with family in the area,” he said. “I feel extremely fortunate to join Hubbard Broadcasting and build upon its standard of excellence in an area I’m passionate about.”

Hitchcock comes from WTIC-WCCT in Hartford-New Haven, Conn., where he has been president and general manager since April 2015. He serves on the Fox Television board, Connecticut Broadcasters Association and the Interval House Against Domestic Violence.

Before working at WTIC-WCCT, he was the president and general manager for CBS-owned KYW-WPSG in Philadelphia. He’s also worked as vp and gm of WTNH-WCTX in New Haven, Conn. before that.