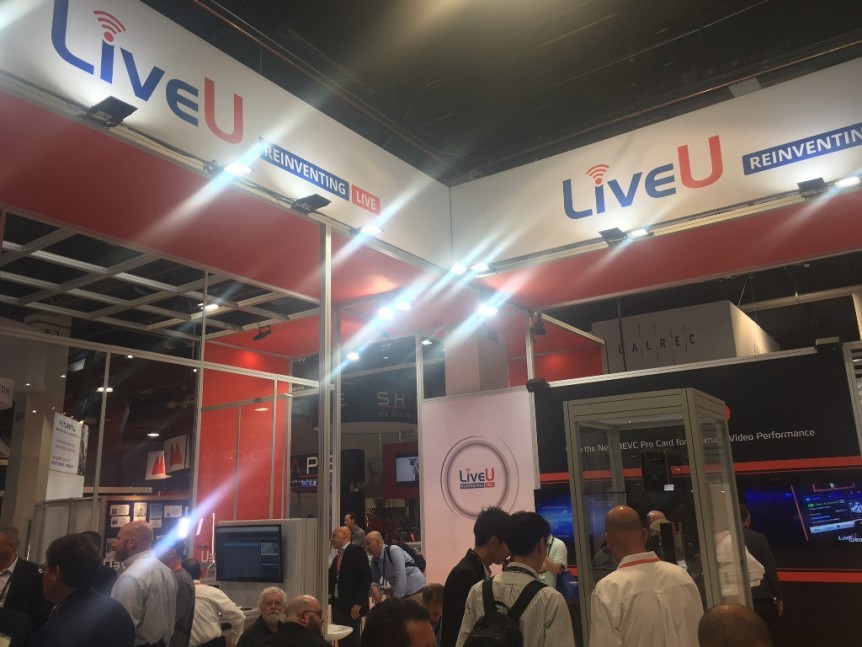 10 years ago, as he was getting his company off the ground, Avi Cohen wrangled an NBC News executive to a suite at the Renaissance Hotel near the Las Vegas Convention Center where the NAB Show was under way. Cohen didn’t have the money, or credibility, to take out space on the NAB Show floor, but he was confident that if just one TV executive saw his product, LiveU, it would take off.

Fast forward 10 years, and the LiveU booth at the NAB Show, complete with a livestreaming studio, is packed with new media content creators and traditional media clients. We spotted a group from Raycom getting a demo on LiveU’s newest, sixth generation product.

In an interview with TVSpy, Cohen says LiveU is now looking toward the explosive growth in livestreaming social video, as he reflects on his roots developing a backpack-sized live video transmission unit.

TVSpy: Who are some of the local stations groups that are using your product?

Cohen: When we started we had zero clients. Today we have dozens of big media groups exclusively using LiveU, like Sinclair, Raycom, Meredith, Cox, NBC, CNN, Fox and other local stations using us a lot. From 100 percent microwave and satellite, today it’s 80 percent bonding (the technology LiveU uses to connect wireless networks for live transmission). You see this trend happen and we figured out a way to disrupt news.

And what your technology brought was tremendous cost savings, right?

I think you look at this today, you’re doing much more news for less than half the price, a fraction of the price. You still need to have the satellite truck but in a smaller way, and the trucks that are coming are hybrid trucks, LiveU and satellite together.

How did this get started?

I started this technology at my university, where I got my PhD degree. We started in my garage, raised money and built a company. We’re enjoying the ride. We have a lot of room to grow.

And what’s next for LiveU?

What you see next is shifting to online media, shift to Facebook. Facebook is a big partner of ours. So we reduced cost for the big media guy, for the lower media guy we’re enablers. They can’t afford to buy a truck and they have to shoot live video.