NEXT:Scripps to Require Covid Vaccination for Employees Starting in December
PREVIOUS:WNEM Denies Firing Anchor Who Said He Was 'Let Go' Over Mask Policy 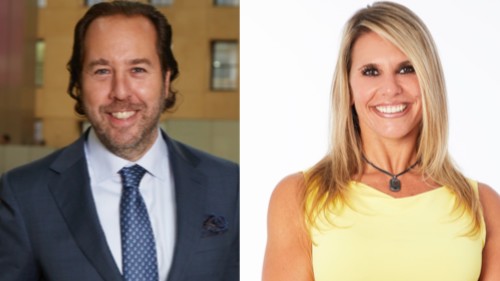 Hearst Television has promoted svp of sales Eric Meyrowitz and vp of sales Ashley Gold to evps and group heads of the company.

“I am truly excited that both will join Mike Hayes in providing outstanding leadership and assistance to our local operators,” said Wertlieb. “Our ability to have such accomplished executives, who have successfully served in both station sales management and general management, seamlessly step into these important roles speaks to the outstanding depth of talent in our company.”

Meyrowitz joined Hearst Television as vp of sales in 2014 and was promoted to svp in 2017. The move was a return to Hearst for Meyrowitz, who was national sales manager for WBAL in Baltimore between 1997 and 2000. In between, he was vp and gm of WPIX in New York and vp and gm of WDCW in Washington, D.C. He began his television sales career as an analyst and, later, an account executive at HRP, now a unit of Cox Reps.

Gold joined Hearst Television in 2017 as vp of sales from KRON in San Francisco and KOIN in Portland, Ore., where she had been vp and gm of both stations. Before that, she moved from local account executive to national sales manager to general sales manager and, ultimately, vp and gm at WDCW in Washington, D.C. She began her broadcast career with WIHT Radio in Rockville, Md.