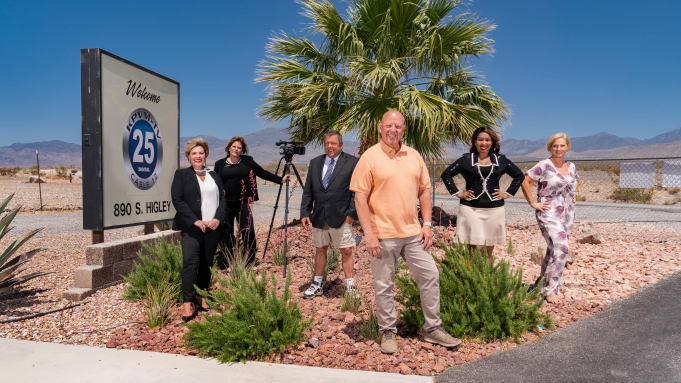 HBO will air a six-part documentary series following the owners of a tiny local news station about an hour’s drive from Las Vegas.

Small Town News: KPVM Pahrump spotlights the daily goings on at the station, which is one of just 95 independently owned stations in the United States. It follows the station’s owners and operators, Vernon Van Winkle and Ronda Van Winkle, along with the station’s small staff.

HBO says the series—which will also be available to stream on HBO Max—will show a “scrappy, hardworking local news broadcaster looking to expand into a bigger market during challenging times.” The Pahrump Valley Times, meanwhile, says the series shows the local station’s motley crew “with warmth and humor,” and that “the series celebrates the can-do spirit, community pride and political diversity among the station’s charismatic and often humorous employees.”

The documentary is produced by Emmy award-winning filmmakers Fenton Bailey and Randy Barbato.

The first two episodes will debut at 9 p.m. on Monday, Aug. 2 on HBO and will also stream on HBO Max, with new episodes released each week.