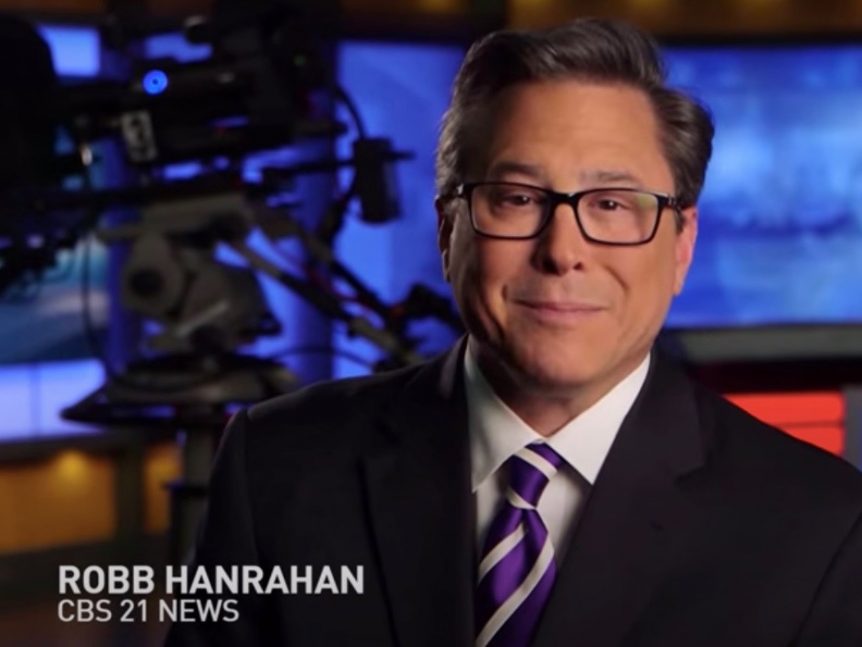 Well-known Harrisburg, Pa., anchor Robb Hanrahan is in the ICU recovering from a massive heart attack and two subsequent surgeries, according to WHP and his wife, Stacey, who is the station’s assistant news director.

“As many of you may have read or heard, a member of our own CBS 21 News team has suffered a medical crisis. We hope that Robb Hanrahan will soon be able to be back at work doing what he loves to do … bringing his fellow Central Pennsylvanians the news. Until that day our thoughts and prayers go out to him and his family. On behalf of the entire CBS 21 News team, our heartfelt thanks goes out to all of our viewers who shared kind words of support. You truly are what makes us proudly Pennsylvanian,” the station said in a statement on Facebook.

Hanrahan and his wife have been in the Harrisburg market for a nearly a decade.

Stacy Hanrahan is also a meteorologist at the station.