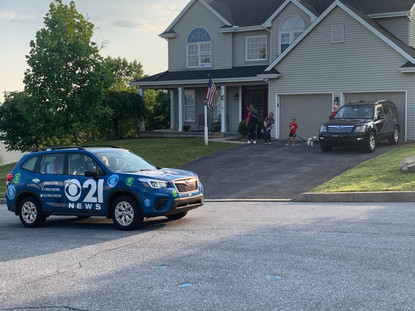 Harrisburg, Pa., anchor Robb Hanrahan got a big surprise yesterday, when he saw his WHP co-workers for the first time in weeks.

Employees of the local CBS affiliate kept an appropriate social distance as they were joined by firefighters and police officers in a car parade driving past Hanrahan’s house.

The CBS 21 News family, along with some local firefighters and police officers, made a surprise visit to our anchor, Robb Hanrahan, as he recovers at home from a heart attack he suffered just over two weeks ago.https://t.co/iwO21JTXH4

Click here to read the story and watch the video on the station’s site.

As TVSpy reported earlier, Hanrahan is recovering at home after suffering a massive heart attack over two weeks ago. He was released from the hospital last weekend.