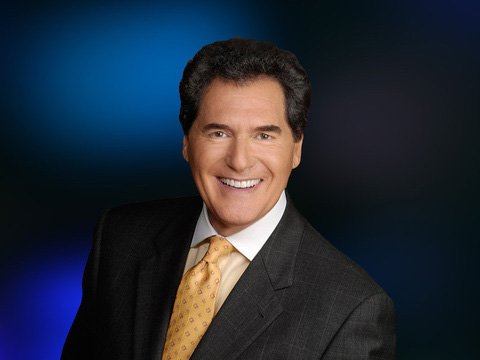 Anastos is being recognized by Mayor Bill de Blasio with a special reception and his own day today.

“It’s absolutely amazing to be honored by the city of New York, the greatest place in the world and the people I love the most,” Anastos told the NY Daily News.

The 73-year-old Anastos started working at Fox-owned WNYW in 2005 and has worked in town since 1978 including stops at ABC-owned WABC, CBS-owned WCBS and WWOR.

From his WNYW bio:

Ernie has national experience as a news anchor and substitute host for ABC’s “Good Morning America” and “The CBS Morning News.” He has created and hosted information programs for CBS, Lifetime and ABC and appeared in major motion pictures and primetime dramas such as “Independence Day,” “Summer of Sam” and FOX’s “24.” Anastos is a celebrated author, most recently introducing a series of children’s books titled, Ernie and the Big Newz (proceeds of which are donated to The Make-A-Wish Foundation). Previously, he wrote a historical book on the lifestyle of America’s youth entitled Twixt: Teens Yesterday and Today, which was featured at the Smithsonian in Washington, D.C., and applauded in The New York Times. Anastos has also been a regular columnist for leading woman’s magazine Family Circle.