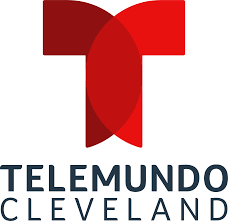 Gray Television’s Cleveland CBS affiliate WOIO announced that 2022 will bring a couple of firsts to the market: the launch of the first Telemundo affiliate and the market’s first Spanish language television newscasts.

WOIO said the station will address the needs of one of the largest Hispanic populations in the U.S.  Hispanics make up nearly 12% of the city’s population.

The new channel 6.1 will go by the call letters WTCL, will air weekday newscasts at 6 and 11 p.m. and will be produced by WOIO. There’s no word on whether the station will add journalists to staff the move.

The station plans on airing the Spanish-language broadcasts of Super Bowl LVI, the Winter Olympics, and the FIFA World Cup, along with Telemundo Network’s national news programming, original scripted dramas and non-scripted programming, including events such as the Billboard Latin Music Awards.

“We are excited that Telemundo Cleveland will fill the void for Spanish-language viewers in our market with Telemundo’s great programming as well as two live and locally produced weekday newscasts,” said station vp and gm Erik Schrader. “We are honored to provide this important service to the fast-growing Hispanic community in Northeast Ohio.”