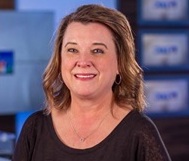 She takes over for Ed Woloszyn, who died recently after a brief battle with cancer.

Gors has been the news director at KTTC in Rochester, Minn. since 2019. KTTC was one of the stations Gray bought from Quincy Media in a deal that closed in August. She previously worked as a news manager and news director at stations around the country, including WREG in Memphis, Tenn., WTSP in Tampa, Fla., KTNV in Las Vegas and KWCH in Wichita, Kan.

“Michele has done an outstanding job managing the dominant KTTC newsroom in Rochester and will now bring her passion and expertise to the KEYC team,” said Mike King, Gray’s svp, local media.