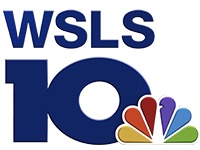 WSLS, the NBC affiliate in Roanoke, Virginia, has named a new vice president and general manager.

Jaimie León began working with Graham Media Group, WSLS’s parent company, in 2006 as a business manager for WPLG-TV in Miami. In 2014, she became the business manager at KSAT-TV, the ABC affiliate in San Antonio, TX.

“Jaimie has distinguished herself as a stellar business manager and key executive at Graham Media Group. Her keen focus and enthusiastic leadership has made significant contributions to the success of our Company,” said Emily Barr, president and CEO of Graham Media Group.

León began her television career at WFOR-TV, the CBS owned station in Miami, FL as an accountant in 2003.

A graduate of the University of South Florida, León holds a BS in Accounting. She attended the NAB Broadcast Leadership Training Program in 2016.