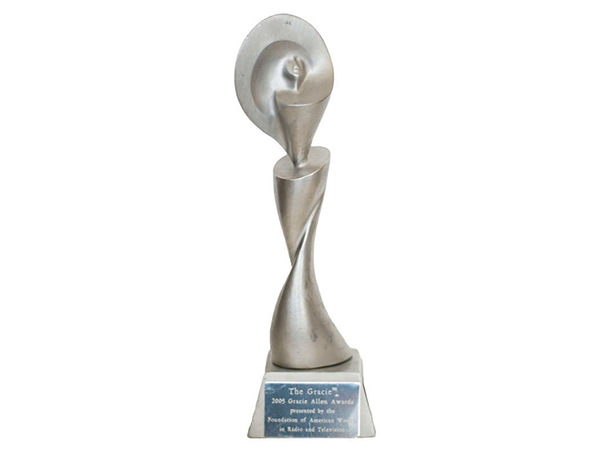 The Gracie Awards are given out each year by the Alliance for Women in Media Foundation to “focus on women who are making positive change and who further the discussion of what a fulfilling career in media looks like.”

This year, the award recognized women in national and local media. On the national stage, the Alliance recognized Good Morning America’s Robin Roberts and the Today Show’s Savannah Guthrie, among others.

In local television, the alliance highlighted female reporters like Vicky Nguyen from KNTV in San Jose and women who work off-air like Kaitlyn Anderson, a news producer at WGME in Portland, Maine.

“If we learned one thing this year, it is that the strength, courage and contributions of women are crucial and necessary components in moving the world forward,” said Sarah Foss, AWMF chair and ‎chief product officer, Advertising Management Systems, Imagine Communications. “As we look to honor women in media, we take pause and recognize the millions of women who are not able to use their voice and creativity to share their message with the world. We hear you. We are you. And we stand beside you. We look forward to another great year and congratulations to the 2017 Gracie Award honorees.”

Here is a list of the local winners:
#Playfor22
Documentary – Local
WKRC-TV