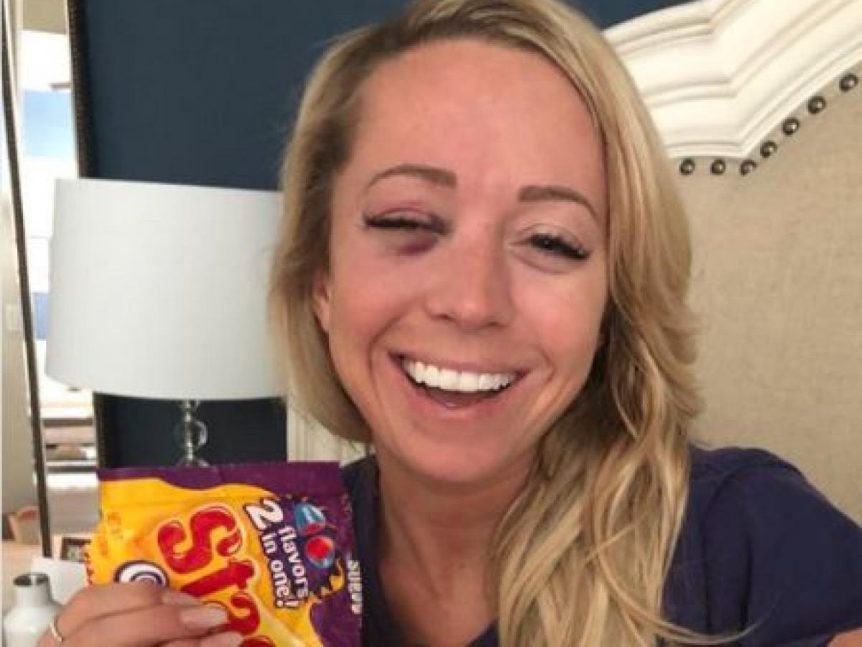 A Fox Sports South reporter will be watching the Braves games from her couch for the foreseeable future.

Kelsey Wingert was covering a game against the Philadelphia Phillies Friday night when a player hit a foul ball in the seventh evening. She was standing in front of the camera when she was struck.

In a statement on Twitter, the network said Wingert was hospitalized briefly and hospitalized for a broken eye socket.

Wingert has posted a photo of her black eye and acknowledged that she’s home, recovering from the freak accident.

There’s nothing that @Starburst jellybeans can’t fix right? My rockstar friend @KelsWingert is back home and doing well after getting hit in the eye on a foul ball last night working the @Braves game! Talk about a warrior! pic.twitter.com/mTWHIjEUe5