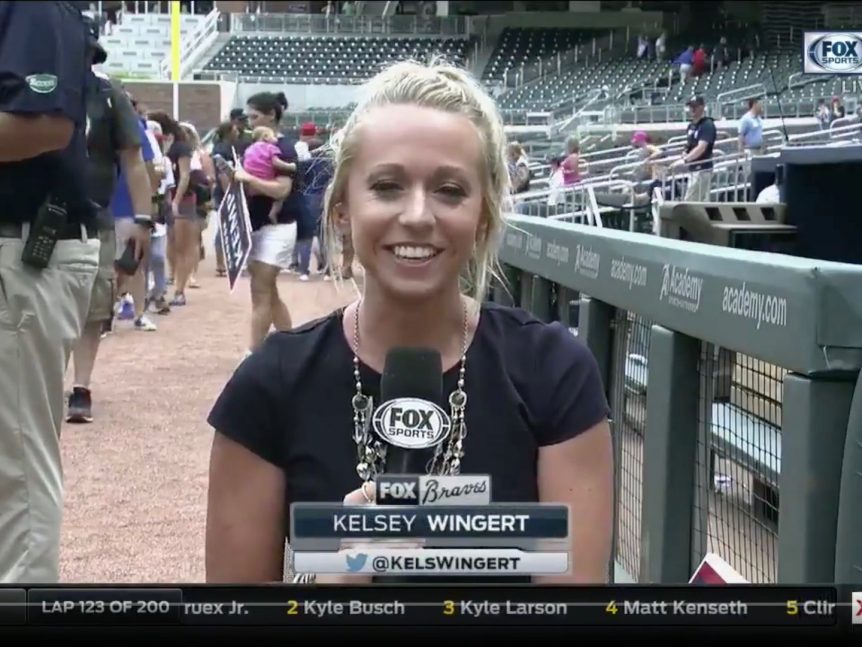 FOX Sports anchor, Kelsey Wingert, found herself in the the middle of a mess during a live shot after an Atlanta Braves game Sunday.

For the second game in a row, Brandon Phillips hit a walk-off single, resulting in two wins for the Braves. On Sunday, the Braves beat the Marlins and during a post game live interview, Wingert Phillips was going to get his second Gatorade bath of the weekend.

Wingert got caught in the middle of the celebration. She had to finish her interviewed with Brandon soaked.

Check out the video below:

“For us to do this on #FathersDay … it felt good.” — @DatDudeBP after another walk-off win. And he and @KelsWingert get a bath. pic.twitter.com/rLZAJ6LK9B

Mike Foltynewicz discusses his start, and @KelsWingert on her postgame bath after #Braves walk-off against Marlins. pic.twitter.com/PmIzVKo7Yw