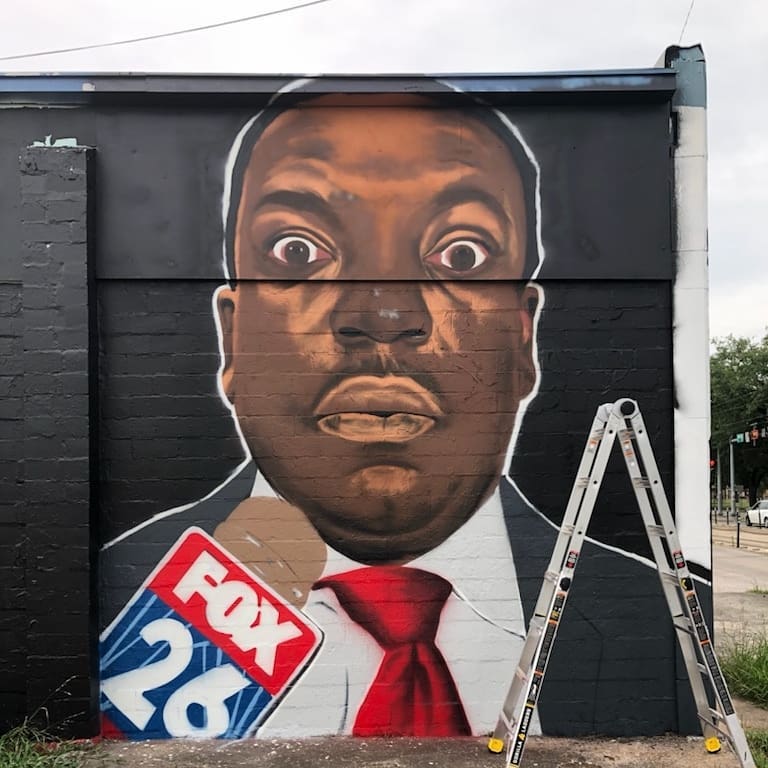 Carey, who hosts the Isiah Factor Uncensored on the Fox-owned Houston station, was memorialized on the side of a building by local artist Lee Washington.

“Wow… I’m speechless…” Carey wrote on Facebook. “One of the biggest honors I’ve received. Artist Lee Washington did this mural for me on Irvington… I didn’t expect it but just wow…. He says it’s almost done…thank you.”

Carey may be best known nationally for a viral video showing a bug fly into his mouth while he was recording a standup years ago. He has received several awards for his journalism over the years, including an Emmy Award and two Society of Professional Journalists awards.