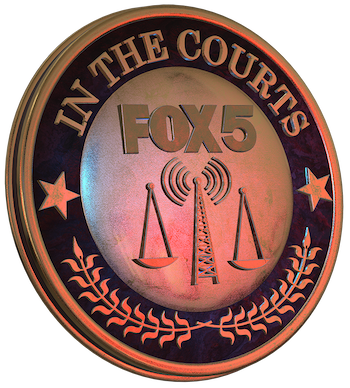 Beginning May 1, In the Courts, a 30-minute weekly program, will air Sunday evenings at 11:30 p.m. following the station’s 11 p.m. newscast.

“Katie has the unique ability to break down the most complicated legal issues, so those with no previous background in law can understand how legal decisions impact them,” said vp and news director Paul McGonagle. “Her intelligence, sense of humor and sometimes irreverent attitude will resonate with our Fox 5 viewers.”

The weekly show is about how the law works, or doesn’t, with Barlow interpreting and explaining what Fox said is America’s most confusing institution. Barlow also helps translate what’s happening in the courts for non-lawyers and court-watchers alike.

Before joining WTTG, Barlow worked at a large international law firm in Washington, D.C. and has covered Capitol Hill with WTOP, as well as the Supreme Court with SCOTUSblog and NPR’s Nina Totenberg.

She’s written for Politico and Insider, hosted a podcast called Words Matter and co-founded Circuit Breaker, a website that provided news and information about the U.S. Court of Appeals for the District of Columbia Circuit. As a lawyer, Barlow practiced white collar defense and civil litigation with a focus on the Anti-Terrorism Act. A graduate of the University of Georgia, she holds dual degrees in Political Science and Broadcast Journalism. Barlow also holds a JD from Georgetown Law.

“The law underpins so much of our news coverage locally and nationally—from Kim and Kanye’s divorce, to wearing masks on an airplane, to the burgeoning marijuana business in our region and beyond,” said Barlow. “I look forward to having a conversation with our viewers each week—answering their questions, talking with experts and supplementing Fox 5’s already-excellent new coverage with a deeper look at major topics.”