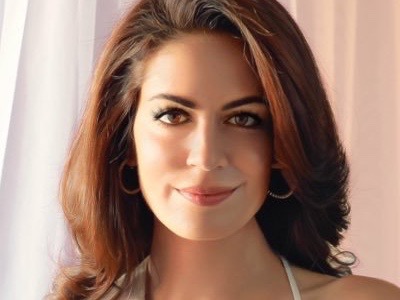 WFOR main anchor Rudabeh Shahbazi has opened up to Miami’s Community Newspapers about why she disappeared from the air.

FTVLive first reported when the CBS Miami station’s main evening anchor went missing from the evening shows. But as it turned out, Shahbazi didn’t leave by choice.

According to her interview with the paper, she had accepted a national anchor-reporter job prior to her contract expiring. She said she planned on staying with the CBS station through the end of her contract, but her general manager emailed her to say she should leave.

WFOR general manager and vice president Adam Levy would not hear of it, Shahbazi said. Shahbazi confirmed to Community Newspapers that her departure from WFOR was an unpleasant one, not of her choosing. “Right now I am concentrating on moving forward in the new position, which I am very excited about,” Shahbazi said. “I am so blessed to have worked at WFOR with such talented, kind, hardworking, amazing people.”

It’s unclear where the former anchor is heading next.

The paper reached out to both the station general manager and news director for comment but never heard back.