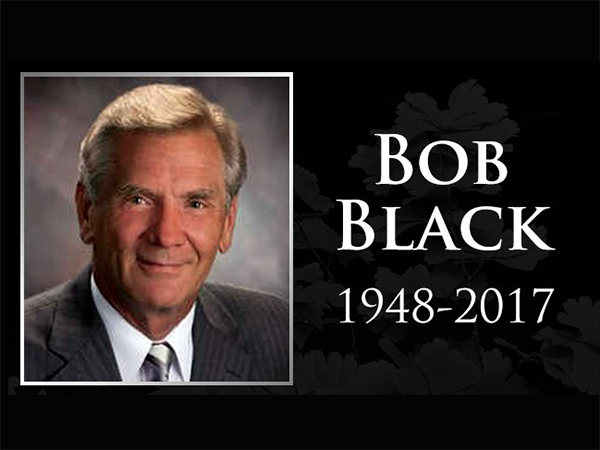 Bob Black, who anchored at Youngstown, Ohio NBC affiliate WFMJ, has died. He was 68.

Black retired from WFMJ in 2015. The station reports he died of natural causes.

“Anyone who knows or who has ever worked with Bob Black knows he is a ‘newsman’s newsman. The kind of journalist who gets the facts right, puts the story first and always keeps the viewer front and center in his mind,” then co-anchor Leslie Barrett said at the time of his retirement. “Bob is leaving an indelible mark on the future of journalism in the Valley. His work on-air is just a fraction of his impact. His guidance has been priceless to me and countless others in the newsroom.”

He started his career CBS affiliate WKBN and worked there for nearly 20 years until it was sold in 1997. That’s the year he joined WFMJ as anchor of the 6 and 11 pm. newscasts.

Since his retirement, Bob continued to contribute to 21 News broadcasts, covering the 2016 Presidential election and serving as an analyst on the 21 News political team. Bob appeared as recently as two weeks ago on WFMJ Weekend Today’s Press Pass segment to discuss President Donald Trump’s new administration.
21 News Director Mona Alexander said it’s impossible to measure Bob’s impact on journalism in the Valley.
“He was such an inspiration for the entire staff and the ethics and standards he lived by will continue to shape journalism in the Valley for years to come. On a personal note, I’ve lost a good friend the entire staff are devastated,” Alexander said.

“Along with my colleagues, I was devastated to learn of Bob’s passing last evening. The Valley lost an icon yesterday, but Bob’s legacy and work ethic will live on in the WFMJ newsroom for many years to come,” said WFMJ General Manager Jack Grdic. “Bob had enough talent to choose any sized market he wanted to work in and I am so grateful that he chose to work for a locally-owned station delivering news into the living rooms of Valley homes for over 20 years with WFMJ. When I think of Bob Black, I think of a true professional journalist, someone who was a journalist at his core who cared more about his product than himself and someone who later in his career transitioned into the role of a mentor teaching young colleagues along the way. Our thoughts and prayers go out to Bob’s wife Colleen and his entire family.”