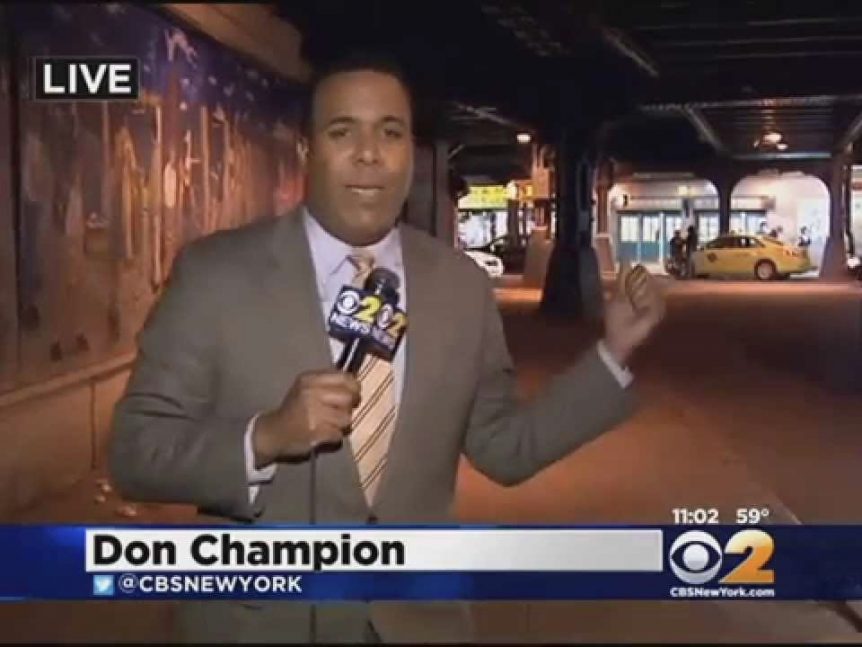 The fallout from a bombshell investigation from the Los Angeles Times into CBS Television Stations continues—and a former WCBS and CBS Newspath employee took to social media Tuesday to detail his experience at the station that led to him getting out of the business entirely.

Don Champion, who started as a freelancer at WCBS in 2013, never got to become a full-time employee, he said in a post containing new allegations against WCBS news director David Friend and CBS Television Stations president Peter Dunn, who were placed on administrative leave this week following the Times’ reporting.

Champion, who is Black and gay, alleged that Friend made his working experience difficult and, at times, embarrassing. He writes:

It was clear nothing I could do would impress David Friend. His first complaint was my ‘on-air presence.’  Months later it was my ‘voice.’ When I went to his office and asked for help paying for a voice coach he said no. Trying to do whatever it took to get a contract, I paid for one on my own. I distinctly remember the voice coach telling me during one session that she was confused about what problem the station had with my voice. Looking back, I now know ‘presence’ and ‘voice’ were code; in Friend and Dunn’s eyes, I was too gay.

By the end of my time at WCBS about a year and a half later I was asked if I had ‘gained weight.’ There. Was. Always. An. Excuse. And there were consequences for me. The number of days WCBS offered me to work each week ebbed and flowed- depending on how David felt about me. My life and career were under the control of a bigot. After live shots, I’d get emails from David complaining about little things like a fumbled word on-air. One time, he embarrassed me by berating me loudly in the middle of the newsroom- I truly forget what for. It was so loud and unprofessional that an anchor called me in their office afterward pissed at what they had witnessed. I remember getting on the elevator with Peter Dunn one time and nervously trying to strike up a conversation with him. He ignored me.

There were clear double standards for other Black employees behind-the-scenes at WCBS too. So much so that after a Black firefighter died fighting a fire at David’s home- some of us Black employees were hopeful it would cause him to start treating us better. It didn’t… After about a year and a half of freelancing, I was told David didn’t feel like ‘stringing me along anymore’ and wouldn’t offer me any more freelance days after the end of the month. I had impressed other managers at WCBS so much so that they- unbeknownst to me- spoke up in my defense and I was called days later and told there was a ‘change of heart.’ By that time, I had also started freelancing at CBS News in the Newspath division and turned the ‘change of heart’ down.

Before I left, a manager at WCBS even said to me that they hoped I ‘knew the problem [at WCBS] was never you.’ Those words have stayed in my head ever since and I know what the manager meant.

Champion said he continued to work at CBS Newspath until 2017, when he confided in his boss about things he overheard about his appearance, including alleged remarks that he needed to “butch it up” on the air, and that there were complaints of him “queening out” during live shots.

He left the station in 2017, after he says his supervisor turned on him. “Looking back, I have regrets,” Champion wrote. “I wish I would’ve sued. I wish I would’ve stood up for myself more, but there’s so much fear involved. I’ve been incredibly blessed in the few years since I left news and it’s all reinforced my faith that everything happens for a reason. It’s taken a lot of work to heal, though.”

The post has more than 400 comments, including from other journalists who say they faced similar instances of discrimination in their careers.

You can read more about the Times’ original report here.