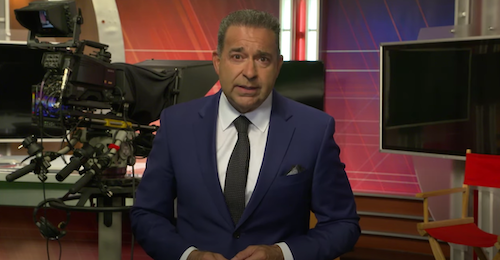 Former KSNV news anchor and reporter Gerard Ramalho wants to be Nevada’s next secretary of state.

In a video announcement announcing his candidacy, the former Sinclair employee started off by saying he tried to be the voice of the people while he was working in the industry, but the media had other ideas.

“In fact, I would argue much of the media have a specific agenda,” he said. “It’s getting harder and harder to find an unbiased source for news and information.”

Ramalho told KLAS he was looking to be the Republican nominee. In his campaign announcement, he said he would push for voter id laws and eliminate what he called “ballot harvesting.” He also said he wants to end single-party rule in Nevada, which has a Democratic Governor and Democratic majorities in both the state assembly and the senate.

Press Las Vegas reports Ramalho was one of more than a dozen Sinclair Broadcasting employees laid off from KSNV in March. At the time, Sinclair eliminated hundreds of jobs around the country.