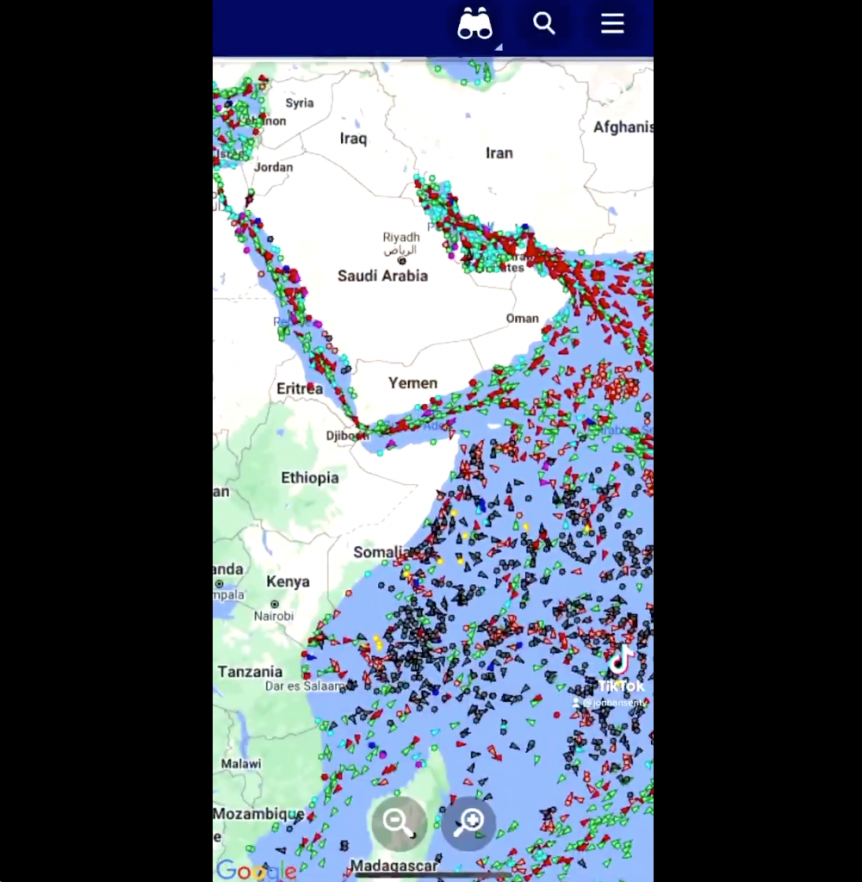 Former Chicago traffic reporter Jon Hansen gave the ship stuck in the Suez Canal a local news flavor when he added some traffic report-style narration to an animated video showing what happened.

Hansen, who is the host of The Jam on Chicago CW affiliate WCIU, said on Twitter, “The former traffic reporter in me couldn’t resist giving you a Suez Canal traffic update…”

“Suez gulf lookin’ pretty heavy. Nowhere, going anywhere,” Hansen said on the video. “This extends all the way out to the Red Sea.”

The cargo ship Ever Given was stuck in the canal for nearly a week, after high winds blew it sideways. It was finally freed on Monday morning.

“Now your alternate, Madagascar. You can go left or right—both lanes are open,” said Hansen. “Now, this will take you 10 days. It’ll certainly save you the five or six.”

The former traffic reporter in me couldn’t resist giving you a Suez Canal traffic update… pic.twitter.com/1CssLkQDty