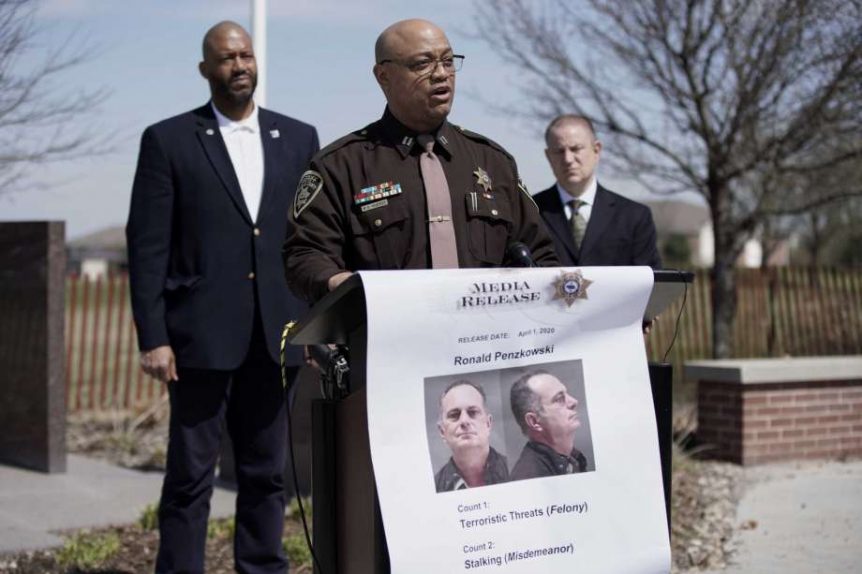 A onetime Omaha meteorologist and spokesperson for a former mayor has been arrested and is facing felony charges after allegedly emailing death threats to the director of the Douglas County Health Department over the handling of the coronavirus outbreak.

On Tuesday, 57-year-old Ronald Gerrard Penzkowski was arrested on suspicion of making terroristic threats and stalking.

According to news reports, Penzkowski is accused of sending at least 15 messages to Dr. Adi Pour, threatening to “lynch” her and cut her throat. The emails made reference to stay-at-home orders intended to slow the spread of the virus.

He apparently tried to disguise the origin of the emails, but a forensics team was able to trace them to Penzkowski.

Penzowski, who went by Ron Gerard on the air, worked for two different stations in the Omaha market. In 2010, he left TV and worked as a communications director for Mayor Jim Suttle.