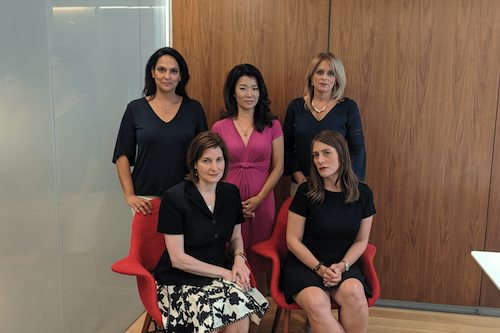 The five female former NY1 anchors and reporters who settled a discrimination lawsuit against the stations’ parent company over claims of age and gender discrimination in December are now accusing the company of retaliation.

On Monday, the five former employees—Roma Torre, Kristen Shaughnessy, Jeanine Ramirez, Vivian Lee and Amanda Farinacci—filed a complaint with the New York City Commission on Human Rights. In the complaint, they say NY1’s parent company, Charter Communications, failed to fulfill an agreement to submit their entries for this year’s Emmy Awards. The five are represented by Wigdor, LLP.

Charter has refused to submit Roma Torre, Kristen Shaughnessy, Jeanine Ramirez, Vivian Lee and Amanda Farinacci for Emmy Award nominations for their work despite having previously agreed to do so.  By refusing to submit them for Emmy Awards, which are among the most prestigious recognitions a television journalist can receive, Charter is materially harming their careers and retaliating against them, the complaint alleges.

The complaint alleges that in December 2020, the women were each told by NY1 management that some of their work from the past year would be submitted for Emmy nominations.  For example, Charter confirmed that eight of Ms. Torre’s theatre reviews would be submitted, as well as her coverage of the George Floyd memorials and an interview she conducted with Governor Andrew Cuomo, the complaint alleges.  Other pieces that Charter agreed to submit included Ms. Shaughnessy’s coverage of Tropical Storm Isaias, Ms. Shaughnessy’s and Ms. Lee’s anchoring work the day the 2020 Presidential Election was called, Ms. Ramirez’s story in a series on gun violence in New York, and Ms. Farinacci’s profile of a New York police detective who was reunited with her biological family after 9/11, according to the complaint.

The deadline for Emmy Award entries is Feb. 15.

In a statement, Charter said that former employees could submit their own work for consideration.

“We reached a confidential resolution at the end of last year and as a result, have mutually agreed to part ways,” Charter Communications said in a statement. “While the women no longer work at NY1, we do not prohibit former employees from submitting their work for Emmy consideration.”

TVSpy previously reported the women, all over 40, sued the company in 2019 for giving preferential treatment to men and to younger women.