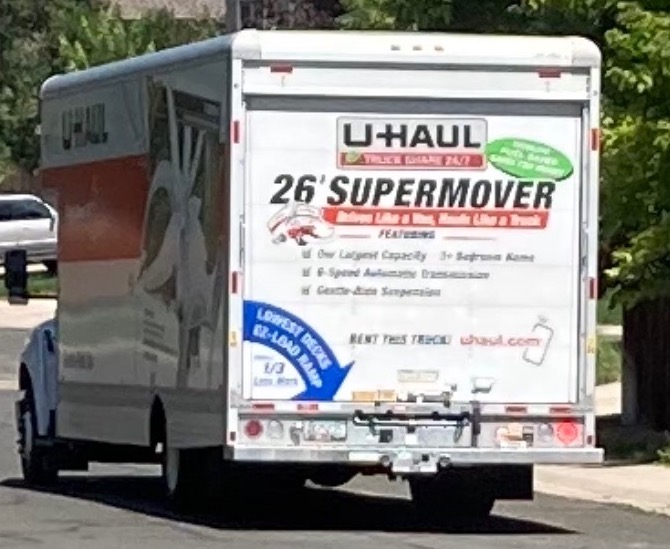 Former Denver anchor Keagan Harsha and his family are having a rough start to their new life in Montana.

Harsha, who left his anchor role at Denver Fox affiliate KDVR to become the news director at KTVQ in Billings, Montana, was midway through his move when the U-Haul the family was driving was stolen. It happened Saturday after the family stopped to rest at a hotel, he said.

“This was supposed to be the exciting day where we’re finally going to Montana,” Harsha told his former station. “I walked outside the hotel this morning and just saw this empty parking lot. It set in pretty quick that pretty much everything we owned was gone.”

“You lock the U-Haul, you take the key, the back is locked, you’re in a lit spot,” he said. “You just hope that someone’s not going to sink to that level.”

Luckily for Harsha, local news stations picked up the story and helped in the search for the stolen van. The Arapahoe County Sheriff’s Office said a woman spotted the truck in Aurora after seeing its description on the news.

While Harsha told his former station he was “very doubtful” any of his stuff would be recovered, the sheriff’s office found the van the next day about 12 miles away. Some of the belongings were gone, but not everything.

“Awesome news! Thanks to all of the wonderful folks at @AuroraPD and @ArapahoeSO and for the hundreds of people who shared social media posts!” said Harsha in a tweet. “Our family is grateful to all of you.”