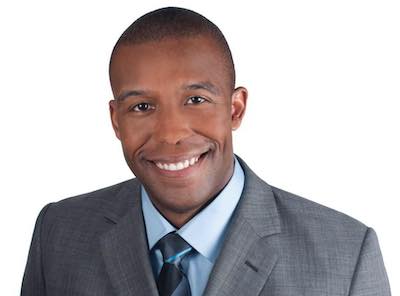 Former WCPO sports reporter Keenan Singleton is spilling the tea, as the kids would say, about his departure from the Cincinnati ABC affiliate in February.

Though he had good things to say about the city and his colleagues, Singleton, who hosted the station’s Sunday show Sports of All Sorts, told local media writer John Kiesewetter that he worked as an anchor for a time without extra compensation. He also said that while he was under contract, the station stopped him from moving on to a better position.

“Once Ken Broo left, I filled in as the weekend anchor at WCPO for nine months. And when Reggie Wilson left, I stepped in and filled in as an anchor again … I wasn’t being paid the going rate for an anchor,” he told Kiesewetter. “It’s one thing to fill in for a couple of weeks. It’s another thing to do it cumulatively for more than a year and not to be compensated for it—and that was definitely a point of contention with the company.”

He also said the station wouldn’t let him out of his contract in November when he was offered a better job in Tampa, where he and his wife have family who could help with the kids. He started working at the station in 2015.

“I had some other opportunities during my tenure there at WCPO that popped up—and they wouldn’t allow me to pursue those opportunities because I was under contract. And you know that’s their legal right to do so,” he said. “But I think maybe they failed to understand that once you prevent someone from seeking a better opportunity for their family, that person may not be totally happy in that environment moving forward and, to be frank, that’s how I felt.

WCPO vice president and general manager Jeff Brogan told TVSpy he couldn’t “specifically “comment on Singleton’s employment, but did say, “At Scripps, we take contacts seriously, fulfilling the terms of our employment agreements and we expect our employees to do the same.”