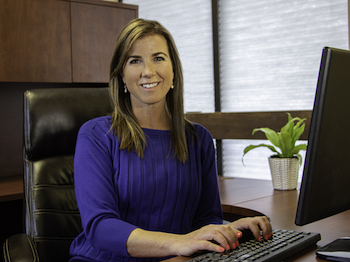 Trill Gates is re-joining Anchorage, Alaska stations KYUR-KTBY as an anchor in June.

This is a homecoming of sorts for Gates, who anchored for the Fox and ABC affiliates’ newscasts and served as interim news director, before leaving in 2011 to work as an elementary school teacher and librarian for the Anchorage School District.

“Trill is a seasoned Alaska journalist who brings back to ABC and Fox Alaska a strong history with Alaska newsmakers and viewers of ABC and Fox,” said Coastal Television’s Group news director Marisa Burke. “She provides us and our viewers with a unique perspective.”

Gates started her career in 1991 as the host and producer of the Fox 4 Kids Club children’s show on KTBY.

“I’m excited to be rejoining the ABC/Fox Alaska Team,” said Gates, “and what I’m most looking forward to is connecting with Alaskans and telling their stories. I’ve lived and worked in our great state for a long time and know how unique and treasured Alaska and Alaskans are. I can’t wait to continue sharing that with viewers.”

Fox affiliate KTBY has an hour newscast starting at 9 p.m., while ABC affiliate KYUR airs a newscast at 10 p.m.