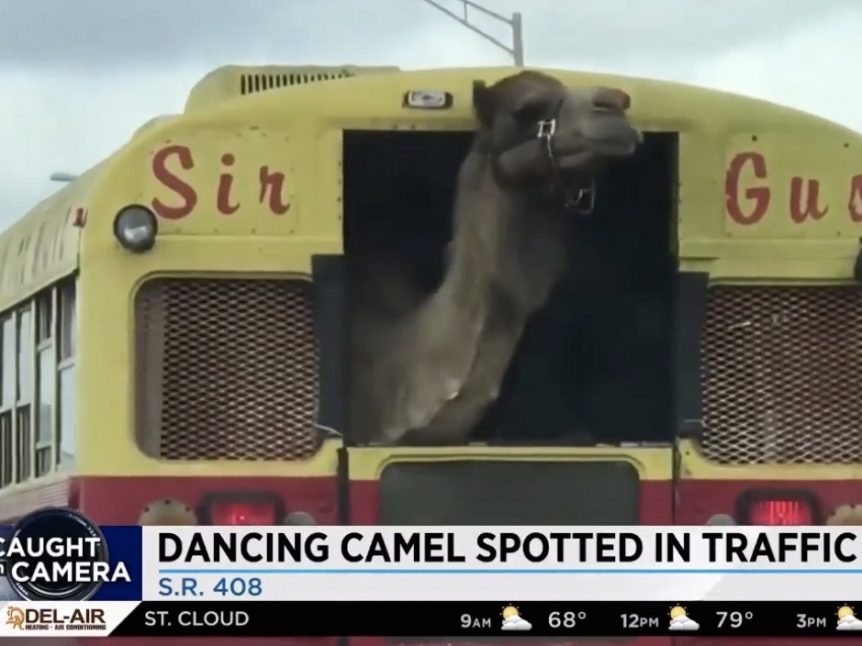 A Florida anchor is getting attention for work he did on his day off.

On Sunday, Matt Austin was driving to church when his daughter spotted a dancing camel on the highway.

According to the story on WKMG’s website, Austin’s wife was driving when he spotted the animal swaying back and forth.

“We seriously see not only the camel, but the fact that it’s like, doing the Carlton, it’s like dancing in the back of the school bus with its head stuck out. He seemed really happy back there. It’s like the perfect little spot for him to hang his head out the window and do his little dance moves,” he said.

It turns out the camel is a mascot and it was on its way to a meet and greet outside of Orlando.

Austin’s video has racked up thousands of views.