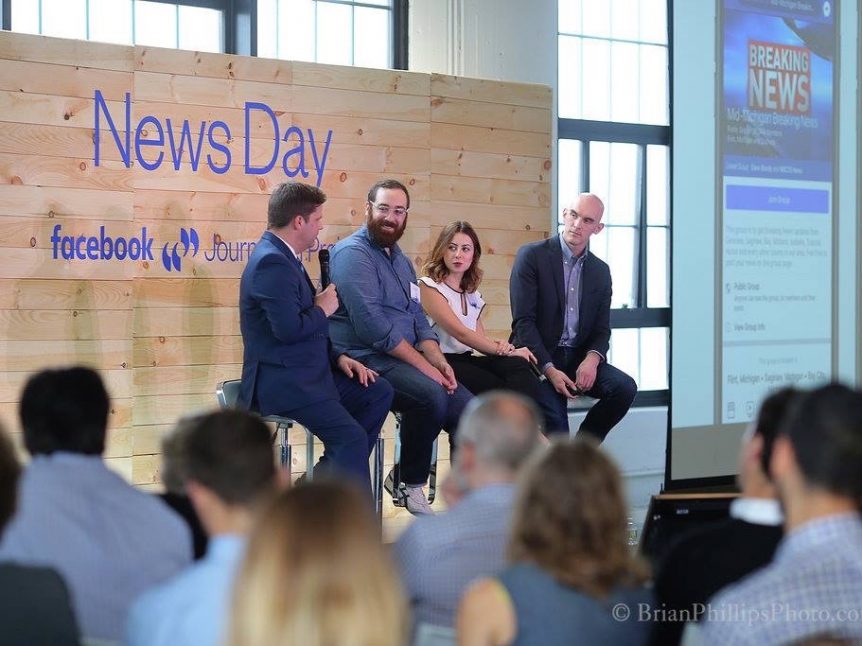 Facebook continues to jump off the page, hosting real-life events in partnership with journalism organizations.

“Coming from a local news background myself, I think this is a really valuable resource,” said Josh Mabry, head of local news partnerships for Facebook. “People say ‘I’ve never met anyone from Facebook,’ so it’s really cool.”

Mabry, who came to Facebook from Gray Television where he was the digital news director, says one of the best ways to learn is from peers. So they’ve invited more than 1,0000 local reporters to participate in panels held in several cities across the country. One of the reporters, WEYI’s Dave Bondy traveled to a News Day in Boston to share stories about his Facebook group called Mid-Michigan Breaking News which has more than 35,000 members. The Flint/Saginaw market, home to WEYI, has 423,000 homes.

“It’s become a place where Dave and his station can get sources, talk about the news, report on things that are interesting to viewers,” said Mabry.

WFAA reporter David Schechter hosts the Verify series for Tegna and used Facebook Live to take viewers along as he answered the question “Do we need a bigger border wall?”

“These are designed for local journalists,” said Mabry.