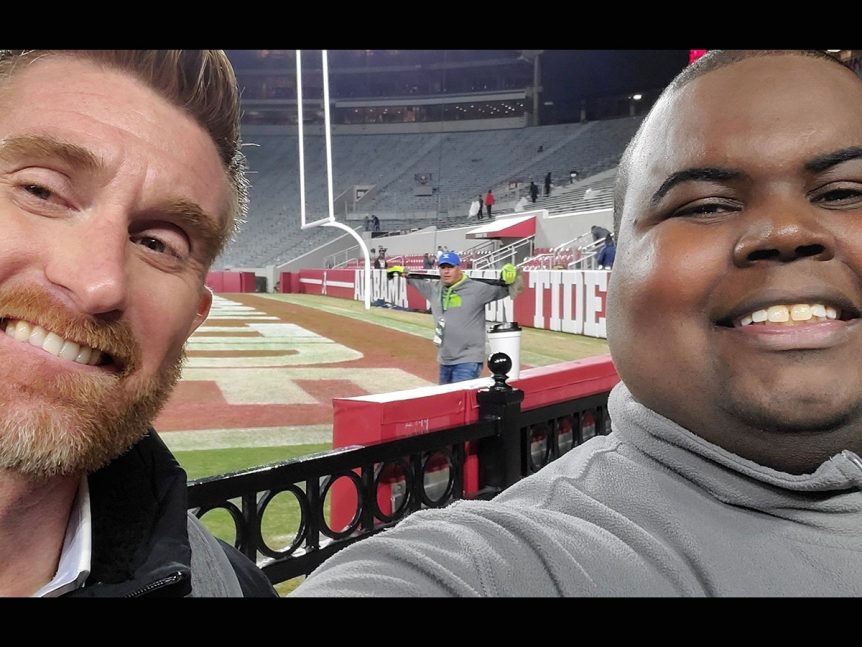 WRBL sports reporter Jack Patterson needed to shoot a post game standup after the LSU-Alabama game over the weekend when he messed up.

His camera was rolling when he let out a discouraging sigh.

Seconds later, he heard a voice from off camera telling him to keep going. It turned out to be ESPN reporter Marty Smith, who came over and gave Patterson a handshake, hug and some words of encouragement to the young reporter.

“The hardest part of your job is what you’re doing right now. The standup. If you’re live and you mess up, it’s whatever and you keep digging. With standups, you just want them to be perfect,” Smith said.

Patterson couldn’t believe what he was seeing and asked for a picture.

Patterson’s camera was rolling during the exchange. He posted the clip on social media and it’s received more than 2 million views. The Columbus, Ga. reporter has been on national TV and radio shows talking about his exchange with his role model.

As I recorded my standup for my LSU-Alabama wrap, @MartySmithESPN gave some advice & encouragement. I’m a big fan of his dating back to his NASCAR days, but this was next level. To quote him, “Be kind. Work hard. The rest takes care of itself.” Words to live by. Thank you man. 💯 pic.twitter.com/niiE3rJtDW