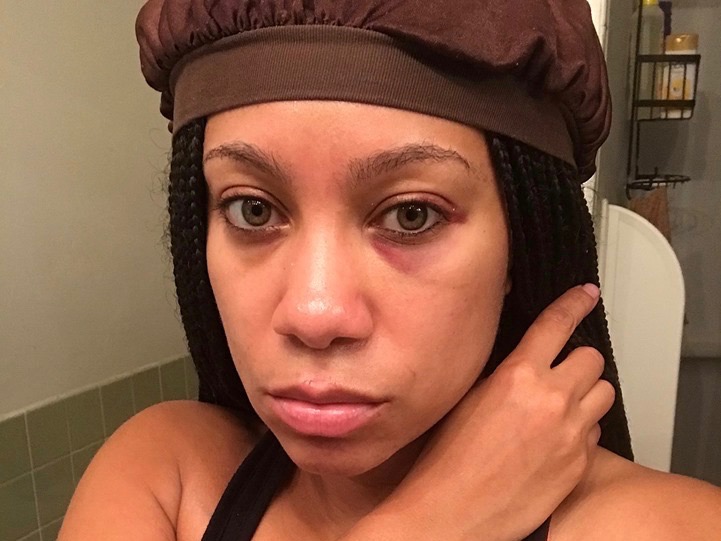 The girlfriend of WCAU anchor-reporter Dray Clark has come forward to talk about what she calls an abusive relationship.

After news broke that Clark was arrested twice in one week for hitting his girlfriend, Aigner Cleveland wrote a public post on Facebook detailing the incidents along with photos of her injuries.

Everyone who knew I was dating Dray Clark kept referencing how “lucky” I was to be with such a great guy. However, everything that glitters isn’t gold and you really shouldn’t judge a book by its cover.

I should’ve left when he hit me the first time in February. I vaguely remember the second time. The third time I remember hysterically crying and my nose bleeding. The fourth time, I was left with a black eye, chipped tooth and a busted jaw. I never hit him back. And I stayed. I justified it. He was arrested (9/21/19) and I still contemplated trying to work it out.

The fifth and last time, (last night, 9/26/19) he choked me. I finally hit him back but he then shoved me so hard that I have bruises all over my body. My son was around.

Cleveland is the press secretary to the Mayor of Chester. Her post included the police report she filed on September 21.

NBC 10 released a statement saying Clark would be off the air pending an investigation into the charges. He arrived in Philadelphia in 2017 after a stint at WABC in New York.