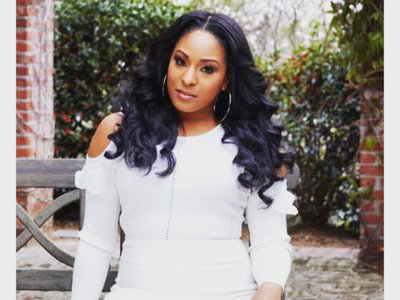 Detroit anchor Maurielle Lue is getting lots of attention for her reminder to a co-host about the 1965 Voting Rights Act.

The Fox 2 morning anchor made the comment about how Black people haven’t always had the right to vote in the U.S. after her co-anchor Ryan Ermanni spoke about the country’s long history of elections.

“We have been doing this thing for over 200 years,” Ermanni, another co-host of Fox 2’s The Nine, said during Tuesday coverage on WKND. “We know how to do elections, and afterwards, hopefully, my hope is that this country—everybody is predicting madness, but hopefully after this, our country can come together and more forward as one. Because we are stronger when we are one, and I am hopeful for that today.”

There’s a pause as fellow The Nine co-host Deena Centofanti claps. After a few seconds, Lue smiles widely before raising her hand to add in her own commentary.

“Black people have only been voting for 60 years, just so everybody knows at home,” Lue said, a reference to the 1965 Voting Rights Act that prohibits racial discrimination in elections. “But we’re catching up. And we need to show up today, right?”

Lue shared the exchange on Twitter after others began sharing the clip to praise her.

“Thanks for the Love,” Lue wrote. “I’ve enjoyed reading your tweets and IGs …. I’ve been told you enjoyed this part of the show today. It’s all in Good Fun but I’m fresh out of passes.”

😂 Thanks for the Love 💕.
I’ve enjoyed reading your tweets and IGs …. I’ve been told you enjoyed this part of the show today. 💥😂 It’s all in Good Fun but I’m fresh out of passes 🇺🇸✊🏽🖤😂#VoteResponsibly #Vote2020 #Trump2020 #BidenHarris2020 #blackvote #savage pic.twitter.com/sKxP0i4JOb