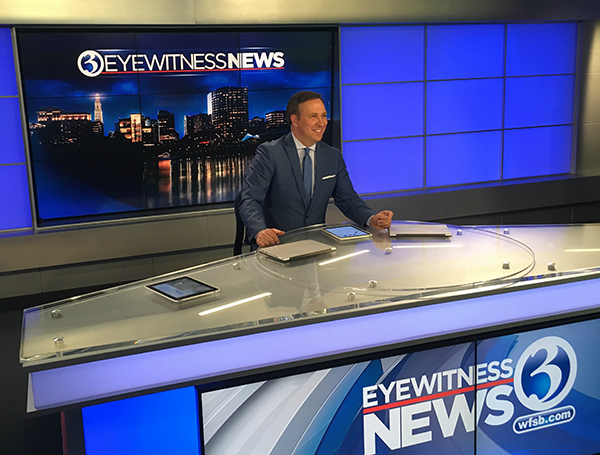 One day after celebrating 28 years at WFSB, Dennis House announced his departure from the Hartford, Conn., CBS affiliate.

“It’s time for a new beginning,” House wrote in an announcement on his blog The Hartfordite. “I’m not sure what I’ll be doing next, but I have left Channel 3 WFSB after an historic run. I want to thank all of you and the people of Connecticut for being so loyal. I am deeply grateful.”

“On behalf of all of us at WFSB, we want to thank Dennis for his decades of service to the people of Connecticut and wish him luck in his future endeavors,” said Dana Neves, WFSB vp and gm. “Dennis has a passion for news and politics, telling thousands of wonderful stories from here in Connecticut and around the world over the years.”

House started working at WFSB in 1992. According to his LinkedIn page, he began his career as an assignment manager at WMUR in Manchester, N.H. He then anchored at WREX in Rockford, Ill., for a year before joining WWMT in Grand Rapids-Kalamazoo, Mich., in 1990.

“Words cannot express how grateful I am to have served the great state of Connecticut as a journalist for 28 years at WFSB,” said House. “The station has meant so much more to me than just a job. I’ve grown up here. The people who work here are my family. I met my wife here, became a father here and suffered the tremendous loss of Denise D’Ascenzo here. The special report that night was the most challenging moment of my career. Being half of the most successful and longest running anchor team in Connecticut television history was a great honor. What’s next? When nothing is certain anything is possible. I just hope my next chapter is as rewarding as this past one.”

House’s bio has been removed from the station website.

BREAKING: It’s time for a new beginning. I’m not sure what I’ll be doing next, but I have left Channel 3 WFSB after an…