NEXT:Denver Reporter Quits Twitter, Has Advice for Those Who Can't
PREVIOUS:Louisiana TV Station Starts to Rebuild After Damage From Hurricane Laura 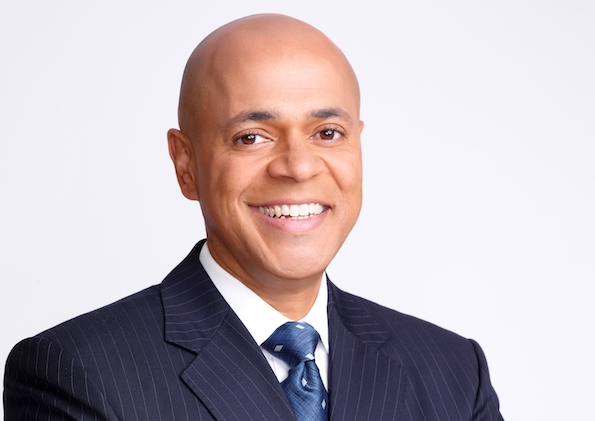 Ushery, who currently anchors the 11 a.m. and 5 p.m. newscasts for the New York NBC-owned station, will take the spot left by Stefan Holt’s return to Chicago.

“David is a triple threat—a brilliant writer, a superb news anchor at his best when breaking news forces him to throw the script away, and a superb reporter who can cover anything anywhere,” said legendary WNBC anchor Chuck Scarborough. “He has earned deep respect and admiration from every single person with whom he’s worked.”

Scarborough co-anchored the 11 p.m. news for 42 years and currently co-anchors the 6 p.m. newscast.

“David is a talented, experienced journalist who takes a thoughtful approach to every story he covers,” said Amy Morris, vp of news for WNBC. “As an anchor, he’s an incredible newsroom leader who cares about the entire team. I’m delighted that David is taking on this new role. He is the only person for this job.”

A Hartford, Conn.-area native, Ushery has worked at WNBC for more than 17 years. He graduated from the University of Connecticut and began his broadcast career at WFSB in Hartford.

In its statement, WNBC notes, “Ushery was 11 years old when he was selected from a search to host the Connecticut edition of Kidsworld, a nationally syndicated television show. One of his first interviews was with news icon Walter Cronkite, who was considered one of the most trusted men in America at the time. Ushery hosted Kidsworld until he was 18.”