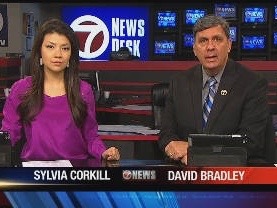 David Bradley wore many hats at KSWO over 31 years.

TVSpy has learned the anchor and news director has been let go from the Raycom-owned ABC affiliate in the Lawton, Oklahoma-Wichita Falls, Texas market.

Bradley’s bio has been removed from the station’s website, but there no mention of his departure on KSWO’s social media.

We checked his personal Facebook page where fans posted goodbyes to the longtime personality saying “it won’t be the same.”

Bradley joined the station in 1986. He’s been an anchor, sports director and news director.

TVSpy has reached out to the station for comment. We will update when we hear back.