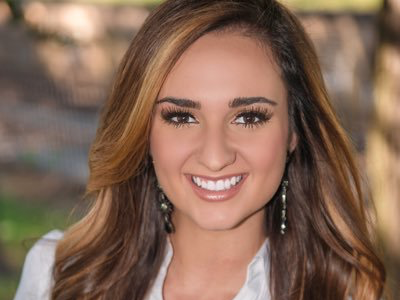 According to Tribune Live, Pompeani will join the station’s morning show and do traffic on a freelance basis. She replaces Sarah Arbogast.

“Ever since I was little, it was always my dream to work at KDKA with my dad,” she says. “I am honored to be a part of the fabulous morning crew,” she told the paper.

Pompeani interned for CBS affiliate and worked for WTOV-9 in Steubenville after attending Point Park University.

“She’s told me since she was a little girl that she wanted to work on the same station as me. She will have to wake up early, but she is a coffee drinker like me, so we plan on buying stock in coffee. I am excited to watch her,” Bob told the paper about his daughter’s hire.

She currently works for the Penguins as a TV host and producer and will continue working for the organization while taking on this new role.