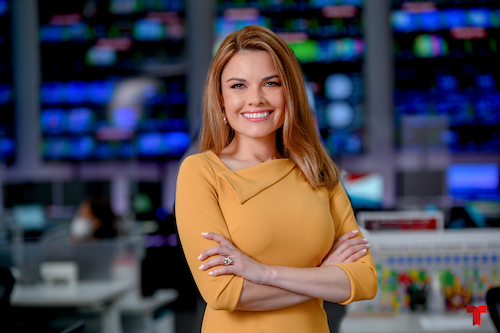 Noticias Telemundo announced today that Johana Suárez is joining its network news team, where she will anchor and contribute reporting across Noticias Telemundo’s news programs and platforms.

Suárez comes from Univision owned KUVN in Dallas where she anchored the late-night newscast.

“Johana has more than two decades of experience covering a broad range of topics and issues about the Latino community and we’re excited she’s bringing her passion and insight to Noticias Telemundo,” said Patsy Loris, executive vice president of Noticias Telemundo. “Our viewers expect impactful and trustworthy journalism—and our growing team of anchors and correspondents is deeply committed to chronicling the most important issues impacting Hispanics.”

Before joining KUVN, she worked at KVEA in Los Angeles. She’s also worked as an anchor and reporter at Univision’s KUVS station in Sacramento and as a reporter with Univision’s KINC station in Las Vegas.