NEXT:Cleveland Reporter Returns to Toledo—Now as a Full-Time Anchor
PREVIOUS:Spokane Anchor Reveals on YouTube That He Was Fired 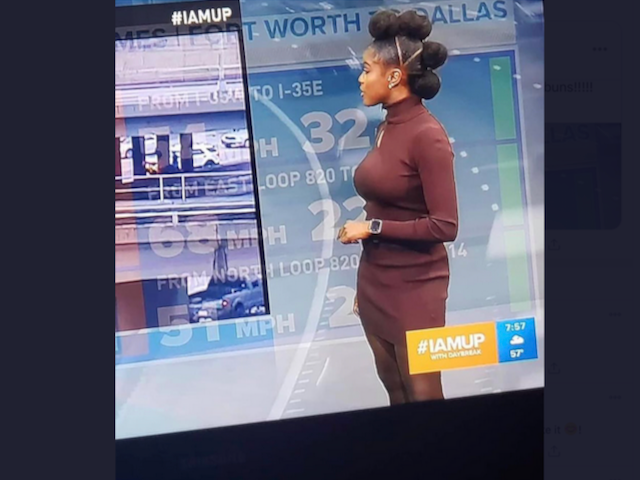 Dallas anchor Tashara Parker has gone viral for wearing a natural updo—and she’s speaking up about some of the feedback she received.

The WFAA traffic anchor and reporter rocked a four-bun updo during a report, and an image of her hairstyle went viral, garnering thousands of retweets and nearly 49,000 likes. While most of the response was positive, she got some negative reactions, too.

“I’m so grateful for those of you who continue to support me,” Parker wrote in a tweet. “I joked around asking people what they thought of this hairstyle and overwhelmingly many of you supported it, but a few said it was unprofessional. It begs the question, who determines what’s professional these days?”

Parker told Today that she first sported the hairdo for a photo shoot and thought it would look professional if she wore it on-air. “I contemplated whether viewers would complain about the hairstyle, but I certainly didn’t think it would turn into this massive, wide-reaching conversation about hair discrimination,” she said.

When Parker saw some comments on social media that suggested it wasn’t appropriate, she wrote an opinion piece for her station on the topic. The goal, she said, was to start a conversation about not judging credibility based on hairstyle.

“From afros to curls to kinds to braids and anything in between, as Black women, we rock it all,” she wrote. “The question becomes, why does it matter how we wear our hair? Why does hairstyle determine our level of professionalism in the workplace? … I’m sure many of the rules made up about what’s considered professional—whether at school or at work—weren’t made up by people who look like me.”

“I hope by witnessing the outpouring of support surrounding this story that people will be more accepting of what isn’t considered ‘the norm’ in TV news or in companies around the world,” she told Today. “It is my desire that we normalize hairstyles worn by Black women that are considered atypical by some, so that we aren’t having this same conversation decades from now.”

I’m so grateful for those of you who continue to support me. I joked around asking people what they thought of this hairstyle and overwhelmingly many of you supported it, but a few said it was unprofessional. It begs the question, who determines what’s professional these days? pic.twitter.com/d4PpeT8Xtc