NEXT:Miami Crew Gets Caught in the Middle of Drive-by Shooting
PREVIOUS:Chicago Media Legend Carol Marin to Step Down from TV News in November 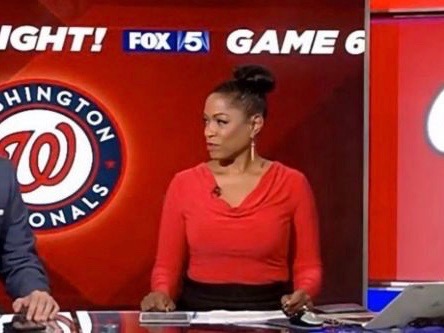 Shawn Yancy, a staple in Washington, D.C., local news, told viewers last week that her time on the anchor desk has come to an end.

The WTTG Fox 5 D.C. anchor made the announcement on Thursday night, the same day that, 19 years ago, she started working at the station.

“It is with a heavy and grateful heart that I share with you that today is my last day at Fox 5,” she said, with tears running down her face. “It was not an easy decision, but it is a decision I made alone and with my family’s support to start an exciting new chapter in my life.”

Yancy’s last newscast was Thursday night at 11 p.m., and the station played a tribute video honoring her time at the station. Yancy’s husband and three sons joined her live in the studio after the tribute.

The award-winning journalist started at WTTG in 2001. On her second day on the job, she was reporting from the Pentagon on the 9/11 attacks. In 2007, she won an Edward R. Murrow Award for an investigative series on asbestos.

Yancy hasn’t yet shared where she is headed to next.