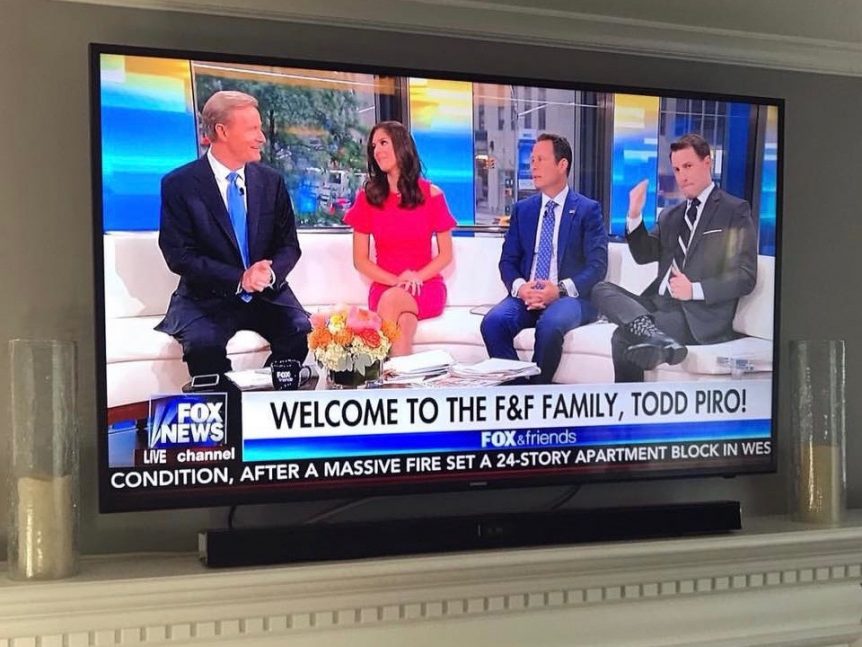 “As a college intern in 1998, I would walk into the Fox News Channel building, dreaming of the future. Today, that future is here…and the boy from Jersey is finally home,” Todd Piro said in a Facebook post.

TVSpy first told you in April that Piro left the NBC-owned Hartford affiliate but there was no reason given at the time.  In his post, Piro says he will be joining the Fox and Friends team.

Piro came to the NBC-owned station in 2012 from KPSP in Palm Springs, California. Before going into TV, he was a litigation lawyer and recruitment coordinator for a law firm in Los Angeles. 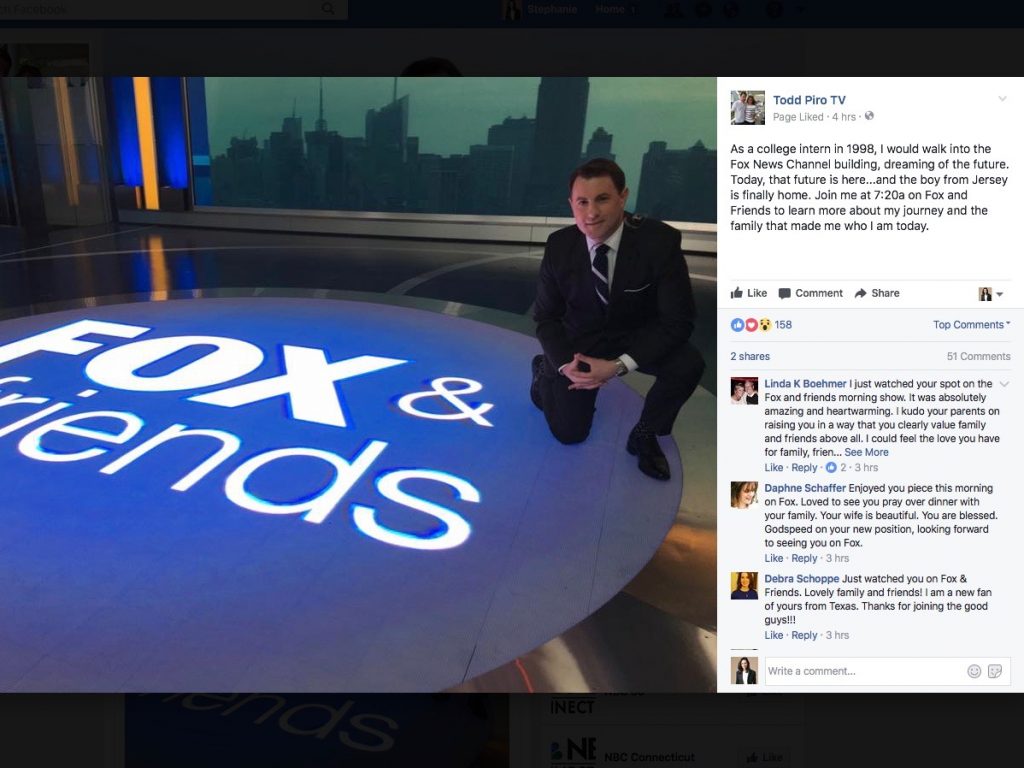